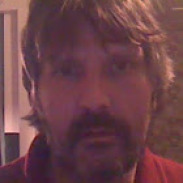 David Mitchell JohnSon has not received any gifts yet

My interests:
"The Truth" for as much as most all mankind has wounder with a wanting to know, Where we come from? Why are we here? and Where are we going? I am here to say that after years and countless of study under the greatest Biblical Scholars and linguist of our time Arnold Murray I as many of you can testify that we are among the few who know the answers to those questions, we have "The Truth"

How did i find FriendsNChrist?
while searching for fellow students of the Shepards chapel to connect with>

How is everything with you, I picked interest on you after going through your short profile and deemed it necessary to write you immediately. I have something very vital to disclose to you, but I found it difficult to express myself here, since it's a public site.Could you please get back to me on:(sophie_reyer25@yahoo.com) for the full details.

Have a nice day

Hey David.........not really sure what you're trying to tell me? Thanks for the gift. That's sweet.

You really need to get with it David,I don't mean this to sound mean,But let me lay some things out for you,You seem to be missing a lot.

Im a DAV. And as a veteran,John Mc Cann hasn't done a dang thing for us!Veterans,that's number 1,number 2,If a mans Home is corrupt,meaning homosexual,or lesbian.IN my eys,He has absolutely no business in our govt. If he or she has no control over their children being raised to have morals,They should not even be allowed to run for any office.Their not compitent.

Marco Rubio.What has he done for Americans the last 8 years? nothing

Lindsay Graham What has he done for Americans in the last 8 years? Nothing

Scott Walker What has he done for Americans these last 8 years? Nothing

John McCain what has he done for Americans these last 8 years?Nothing

Hilary,How has she sold Americans out  these last 8 years,?Got 4 Good honest men Veterans to be more specific to you.Murdered.

Why are so many NOW wanting to do something.Listen and Listen good.Dollars and Cents is why,Lobbyist,special intrest groups,The top 1%. Donalds one of them,And He Cannot Be Bought and that upsets Corporate America,And they want him out of the race.

John McCain,He was a bombider in the navy,He sat behind The Pilot,Why,he didn't know how to fly a plane,All he could do was pull a lever. Things happen in war,Its not pretty,Ive got brothers commiting suicide at alarming rates.Wheres the hero John McCain for the VETS?AWOL

I support Donald Trump 110% Why? He tells it like it is.He is a Can Do Man,these other losers running,Dollars and Cents! Donald the anti Christ? you need to study some more,My Pastor Arnold,I feel would like him,Maybe not agree with his tactics,But He Gets it Done.

Were very close to the 6th trump,We have the govt printing money we don't have. Obama last November with the G20 was pushing for a one world monetary. Last November,On the BYU channel The Pope invited the Christian leaders to the Vatican.Why? To try and coax them into excepting Homosexuality, and perform Gay marriages,ITS AN ABOMANATION TO THEM,it didn't go well for the pope. Why did all of this happen last November? Why didn't News Broadcast cover this story? Their terrified,You can hear the fear in their voices,and you can see it as well.Like I said,We are very close,in fact 67 years into it.Pastor Murray it would happen suddenly,And it has.Perversion,Transgender,Porn stars now  on tv like their royalty,Their filth. Yea,Its coming and before you know it,POOF Anti Christ,Why POOF,Hes a spiritual demon,Not in the flesh.Be ready for it. And Donalds my Vote like many other veterans who will back him,A Man Of HIS WORD!

I'm privileged to be among all of you who love our God, Father, and Jesus ,

Shepherds Chapel,  anyway what occurred to me is this, What if "the Donald"

Became president , could he be? or maybe is he even now?  the announcement of  the    6th  THUMP

"I would feel blessed to hear as little as a Hey, Howdy,anything really, from students of Shepherds Chapel Thanks gang ,,, David"

I'm privileged to be among all of you who love our God, Father, and Jesus ,

Shepherds Chapel, anyway what occurred to me is this, What if "the Donald"

Became president , could he be? or maybe is he even now? the announcement of the 6th THUMP